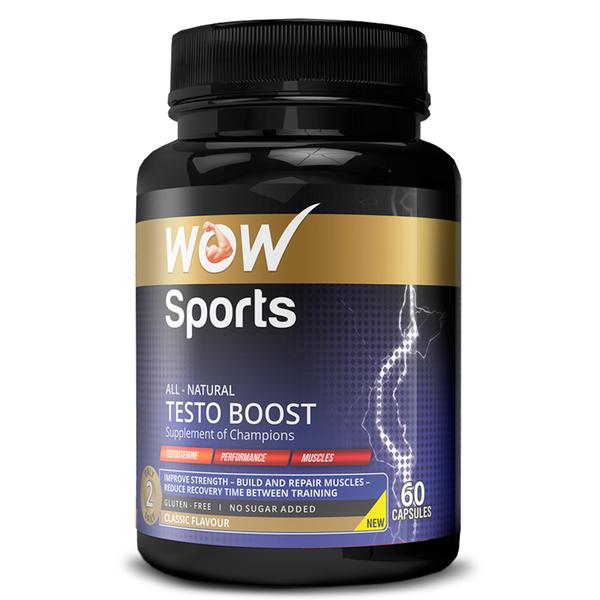 The Good: Some “should-have-been” decent ingredients.

The Bad: Clinically Under dosed formula – too weak. No evidence of quality controls (standardization of extracts)

Overview: Wow Testo Boost keeps things natural and simple, opting for a mix of 7 main ingredients, with many of them unfamiliar to some. The simplicity is appealing, but the dosage amounts and actual ingredients could be better. Still, there are some effective aspects that make it worth trying, especially if you are having bad reaction to other supplements, or aren’t seeing results and want to shake things up a bit.

As a guy, when you hit puberty, your testosterone and libido is through the roof. You have never-ending energy, and can’t quit thinking about sex. And then you hit the 30 year old mark, and suddenly your train starts slowing down, at a rate where you may not even notice it at first. Mornings are becoming harder to deal with, you’re lethargic, cranky, don’t feel like working out as much, and opt for the couch and TV more often instead of bedroom conquests.

Yep, your testosterone is plummeting. Life goes on, but your body can’t seem to produce as much as it used to, and it shows in everything you do.

What to do about this? Grab a syringe and some black market steroids? Nope, you just need a supplement that can help you body get its testosterone level back to normal — naturally.

Enter Wow Testo Boost. Like most supplements, the promises are all there in full force: bigger gains in the gym, more energy, more sex. But does it have what your body needs?

The answer is a resounding “errrr sort of.”

Wow Testoboost certainly has some interesting ingredients. Aside from the easy dosage and simple recipe, here are some of the better ingredients involved…

Wow Testo Boost is marred by the inclusion of some ingredients that aren’t really known for actually doing anything.

This also lacks foundational ingredients like Vitamin D and zinc.

So this is a dubious plus point: its safe- because its too weak  ; p

Where to buy Wow Testoboost

Wow Testo Boost has some decent ingredients, but really nothing to get overly excited about. The good ingredients are in low amounts, and the unproven ingredients are…unproven, so there’s that.

Basically, Wow Testo Boost may work for you, or it may not. Don’t get your hopes up. If you do order it, be prepared to convert your currency to rupees, which will end up costing you around $35-$40 U.S. And note that this can only be bought at the Indian charter of Amazon.

To keep it simple: do try something else that’s more effective.