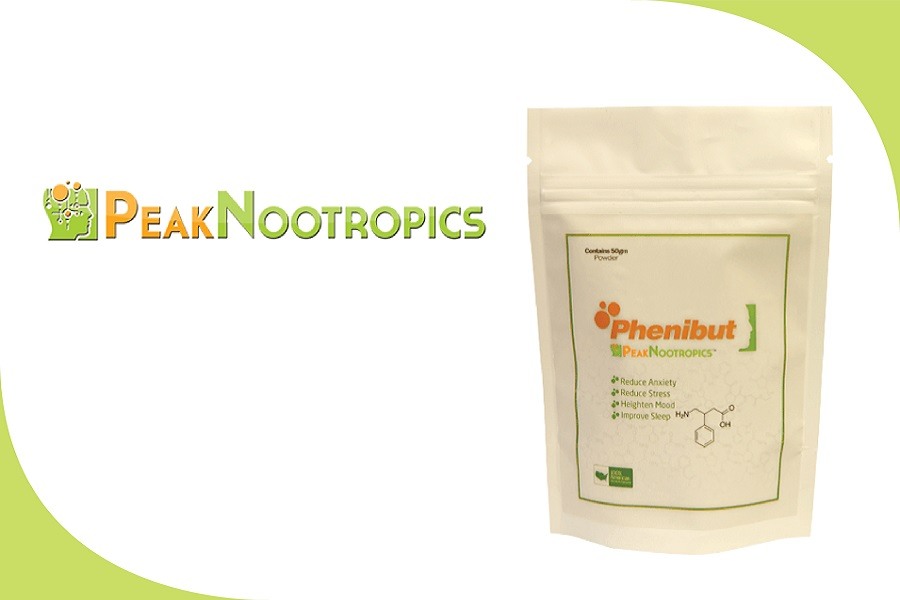 So much attention goes to gains and muscle mass when using supplements engineered for the body. Nootropics are intended for cognitive improvement or support, which becomes increasingly more important as we age

The Bad: May not work for everyone, powder form can be tricky as opposed to pills.

Peak Nootropics has a rather ﻿﻿﻿﻿large inventory of nootropics, and appears to be well-researched while offering consistency and quality. There’s not much to this product, as it is pure alpha GPC.

The key is proper use, and tracking any improvements you may have, while also looking out for any potential side effects, albeit rare. That said, alpha GPC supplementation is an effective way to boost your cognitive function during any stage in life, and Peak Nootropics has provided one of the more easier way to do so.

Plenty of us spend loads of time, energy, and money on our bodies, tracking each gain, every new line of definition, weight, and the like. At the end of the day, it’s important to remember that we still need to use our brains for, well, everything.

Depending on your life and situation, this may be easier said than done. Focus can be an issue at times, which can lead to difficulty at work, during physical performance, and really just about anything else. If you carry a heavy load from day to day, it can be a bit too much to balance if you can’t keep your head clear and focused.

As with most anything in your body, chemicals are required to carry out every single function, and that includes your brain. If anything is lacking, or out of balance, you can have problems — sometimes without even realizing it. Sometimes the only way to remedy this is by finding a way to either boost these chemicals, or supplement the lack with something else that can help. That’s what nootropics can do.

Nootropics come in many different categories, and you likely already use one of them quite frequently: caffeine. Tis chemical can increase alertness, focus, and energy levels, resulting in a short-lived period of increased cognitive abilities.

Caffeine is the go to for many, but as you know, its effects are short-lived, and then there is a crash to deal with afterwards. You can either consume caffeine throughout the day, every day, or you can find an alternative.

For others, this alternative could be something like Adderall or Vyvanse, both of which supply the brain with chemicals that aid cognitive function, while inhibiting an imbalance of other chemicals that could be the culprit when it comes to your lack of attention span or focus. Both of these popular drugs contain amphetamine, which can be habit forming, among other things.

The third option is to take a nootropic supplement such as alpha GPC. This raises certain chemical levels in your brain, leading to increased cognitive function in a more natural way that is non-habit forming, and displays little side effects, if any.

Peak Nootropics seeks to offer quite a few of these nootropics, and one of them is the ever-potent alpha GPC. At its core, alpha GPC is a natural chemical released when a fatty acid found in soy and other plants breaks down. This release of alpha GPC leads to an increase in a chemical known as acetylcholine.

Acetylcholine itself is an organic chemical that functions in both the brain and body as a neurotransmitter. Neurotransmitters are chemicals released by nerve cells that send signals to other cells. In this case, it has to do with brain cells and signals.

In European countries, alpha GPC is actually available by prescription as a treatment for Alzheimer’s disease. In the United States, it’s still only known as a dietary supplement. Alpha GPC has also been used to treat dementia, stroke victims, and those who may have suffered head injuries that lead to cognitive issues.

Do you have to possess any of these issues to use it? Absolutely not. You can, however, use it on a daily basis as a way to keep your mind as sharp as it can be, which is always a good thing. Some studies have hinted at alpha GPC increasing HGH production in the body as well, along with aiding in muscle recovery. Imagine that.

Peak Nootropics offers an easy way to take alpha GPC, as their alpha GPC comes in a powder form which you can mix with water or other liquids. Since alpha GPC supplements don’t have anything else in them, it’s kinda hard to mess it up. The deciding factors come down to quality and amount included, and Peak Nootropics seems to get it right.

The dosage of alpha GPC can be anywhere from 400-700mg. This package comes in a 50g size, so you’ve got enough to last anywhere from 2-3 months per order. The price isn’t to steep as well, especially when you consider how long each package lasts.

Peak Nootropics is no frills with this supplement, and that’s a good thing. Just a resealable pouch with a decent design. Nothing fancy.

Capsules are probably more preferred by most, especially if you hate having to measure out powder on a scale and then mix it yourself. That can get messy and annoying, even for those who are more experienced.

It’s hard to argue with the overall effectiveness of alpha GPC. Peak Nootropics seems to offer a quality product that is easy to mix with liquid for those willing to do so. If you’re not comfortable measuring out your own doses, check out their capsule version of alpha GPC.