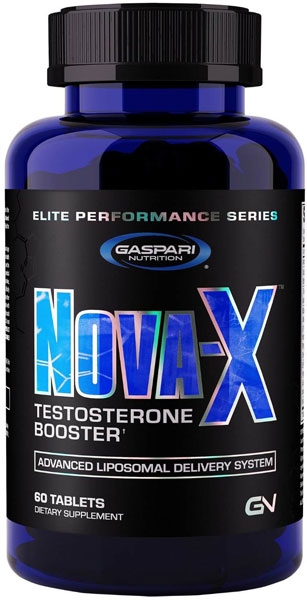 Check the ingredients list of many of the top testosterone boosters in the supplement industry today, and for the most part you’ll see many of the same stuff. That’s understandable, since lots of studies have shown over the years what works for testosterone increases, what doesn’t. So most of the time, your job is to check the labels, find the ingredients, and check if the supplement contains enough of the effective ingredients. But then we have alternatives like Nova X.

Nova X is a natural testosterone booster, after all is said and done. That is, the capsules contain extracts that are designed to help your body produce more testosterone naturally. Supplements like these are legal because they don’t contain anabolic steroids that are variations of testosterone, which can also bring about rather dangerous side effect.

Nova X also contains more familiar ingredients such as Mucuna Pruriens and D-Aspartic Acid. However, there’s a bit of a hullaballoo concerning the other ingredients. That’s because it contains several unfamiliar ingredients like Toxicodendron Vernicifluum Extract, which you may not find in any other T-booster. So you’re blazing a trail with this one, because no one really knows for sure how this works.

This also has “Androsterone (a natural metabolite of DHEA)” listed as the top ingredient, and this has also been a rather contentious topic. It’s considered a prohormone that’s not quite legal or allowed in some sports, and it can cause side effects like hair loss. It’s used for fat loss and the cutting phase.

As it turns out, the prohormone Androsterone or technically (1-Andosterone) is not the ingredient that’s included here. This one is a naturally occurring compound and it’s found in pine pollen. Taking Nova X also doesn’t require you to take some liver support, unlike the Androsterone prohormone.

More research about Gaspari, the manufacturer of Nova X, reveals that it went through a rather problematic time a few years ago. That’s why it came out with the unique formula in Nova X in 2015, to distinguish itself from the rest of the pack.

It’s been 2 years since its launch, and the truth is that you can hardly numerous customer reviews for the Nova X. On Amazon.com there’s just a single lonely review, while on iHerb.com there’s also just another one.

Both of these seem suspicious, as they’re both made in 2017. Where were the other reviews, as this was launched in 2015? Some may even suspect that Gaspari scrubbed all the other previous sales pages to get rid of negative reviews, and they’ve started from scratch.

We do know that this doesn’t really, work, and it was really scary to even try. The other expert reviews (which came out in 2015), were full of conflicting reports about the ingredients. Some reviews thought that it will, and but’s due to the belief that the Androsterone ingredient featured here is much the same as the prohormone.

However, others are much more doubtful:

Aside from the controversial Androsterone, we have more familiar names here like Mucuna Pruriens extract and D-Aspartic acid. There’s even a bit of saw palmetto extract.

Then we have the new ones which no one really knows about, such as Toxicodendron Vernicifluum and then Dioscorea Nipponica Makino. In addition, you also get Pygeum Africanum bark extract.

Seriously, no one really knows how these new ingredients can help with boosting testosterone levels. That’s because there aren’t really a lot of studies about them, and you can hardly find authentic customer reviews in large numbers.

Side Effects and Scams

Again, no one if this works, and no one’s sure if this causes any side effects. With the Androsterone ingredient, this is a serious question. Sure, it’s a natural variant, but then prohormones have been banned for a reason—they’re bad for your liver.

Gaspari has been having some financial difficulties, and that’s probably why it ventured into unknown ingredients territory. The whole thing is confusing, with the Androsterone confusion and the unknown ingredients with the unknown effects. Then there’s the fact that somehow many online customer reviews have disappeared, and now we have one review remaining on online retail stores.

What are we to make of all this? It’s quite apparent that it’s a mess, and there’s no way to even be remotely sure about anything.

You can get this online at iHerb.com, where it’s available for $49.99. It’s much more expensive on Amazon.com, thought the shipping here is free. The cheapest online store you can get it is from PricePlow.com where it only costs $35.99.

Of course, you can always get it on the official Gaspari website. However, here the price is a whopping $82.99. That’s obviously a huge price difference!

There’s simply too much of a risk with Nova X, to be frank. First of all, it contains the Androsterone ingredient which is the source of much confusion. Couldn’t they have made it clear? They probably wanted to ride the notoriety of the prohormone name.

Then they also have various weird ingredients. Sure they’re also natural extracts. But why were they included in the Nova X formula? They don’t really have much in the way of scientific backing for the inclusion.

Much worse is the suspicious lack of customer reviews in sites like Amazon. It’s not as if this is a new product. It’s been here since 2015, so where are the reviews since then?

All in all, it’s just too risky—you need something else that at least you’re reasonably sure is both safe and effective!