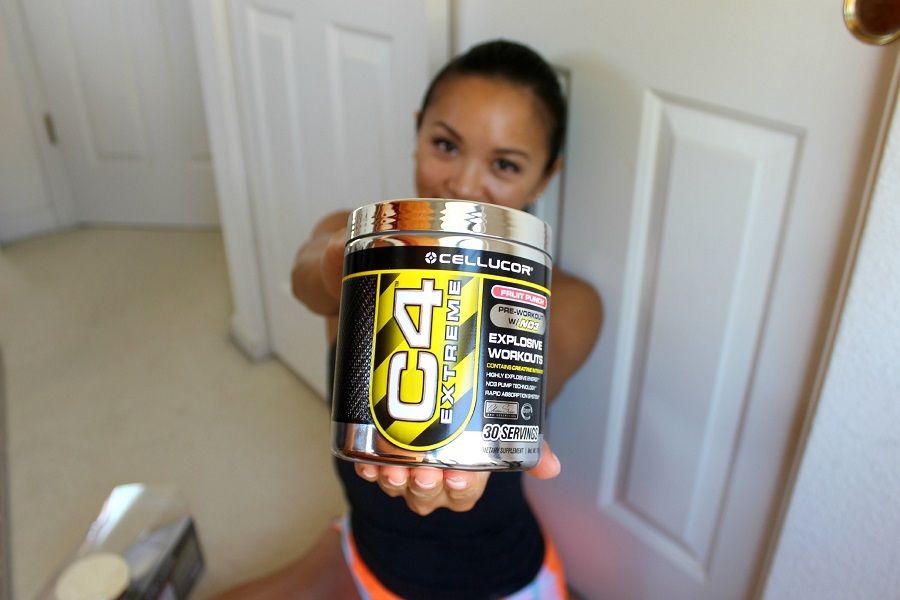 Cellucor has a pretty solid reputation in the supplement arena, and there’s always a need for pre-workout supplements. Unfortunately, C4 isn’t one of their better products. While it is easy to use, and tastes better than probably every other pre-workout powder, its lack of effective ingredients and massive underdosage in most categories will have you finishing off the tub in a very small amount of time.

While upping the serving amount of a supplement might seem like the obvious solution to underdosage, it can result in stomach issues and some unwanted jitters. You can do better.

Almost everyone these days is using some kind of pre-workout supplement — that is, if you’re serious about making the most out of your gym time. While these supplements are helpful in pushing your workouts as far as they can go, they can also help your recovery time, focus, and minimize muscle soreness.

If you’re feeling a bit sluggish, lazy, unfocused, or just unmotivated, pre-workout supplements can be a lifesaver, and give you just enough push to get up and get your workout taken care of.

Here’s the thing though, all of these characteristics require multiple ingredients that can offer these benefits. These ingredients need to be blended together coherently so that they can work synergistically and give you a sort of natural feeling boost that only serves to increase your efficiency, duration, and intensity. That’s not an easy combination to pull off. It takes trial and error, and countless hours of meticulous research.

When it comes to Cellucor C4, it seems that they may have skipped a few steps. The result is a pre-workout supplement that hits in a few areas, and completely misses in others. It may work for some, but there are other supplements that can give you more.

C4 isn’t completely ineffective by any means, however. So let’s first take a look at the good aspects.

Hey, this stuff tastes pretty good, especially the blue raspberry flavor. Cellucor C4 does offer some proven ingredients that will give you a notable effect with proper dosage.

Beta-alanine increases carnosine levels in your muscles, blocking the burning effect and allowing you to go longer and harder. In short, you get a better and more efficient workout. 3.2g is considered an ideal amount per day, but C4 provides about half that. This can be remedied by doubling your dose.

This is a long way of saying that the 150mg amount included in C4 isn’t a lot, but it’s certainly enough to feel without crashing after. The amount is equivalent to drinking a 12 oz cup of decent coffee.

Cellucor C4 does have some good ingredients, but they are mostly improperly dosed, leaving you to double up if you want to really feel anything.

C4’s creatine, beta-alanine, B12, and tyrosine amounts are a bit underdosed. Doubling up helps with most of these, but the tyrosine amount is still laughable, coming in at a little over 160 mg with a double portion. That’s nowhere near where it needs to be.

Also, here’s the thing about doubling your serving. While some ingredients benefit from this, others are now overdosed, which might end up being too much caffeine for you, while also giving you a stomach ache. Nobody wants a stomach ache, especially during or after a workout. Nope.

One 5.7 gram scoop, or an 11.4 gram scoop if you want to actually feel something besides the moderate caffeine. Mix with 5-7 ounces of water and you’re good to go. Not too bad. Plus, as mentioned earlier, the taste is quite good.

Cellucor C4 can be effective when loaded up on, but is that really how you want to operate? Dosages should always center around the one serving mark, not as a starting point. Still, there are some that rave about this product.

Those that do may simply need less of these ingredients than others, or they may be overly sensitive to other ingredients, combinations, or amounts found in other supplements. If that sounds like you, it may be worth a shot. Those looking for a good kick in the ass from a single serving should look elsewhere.