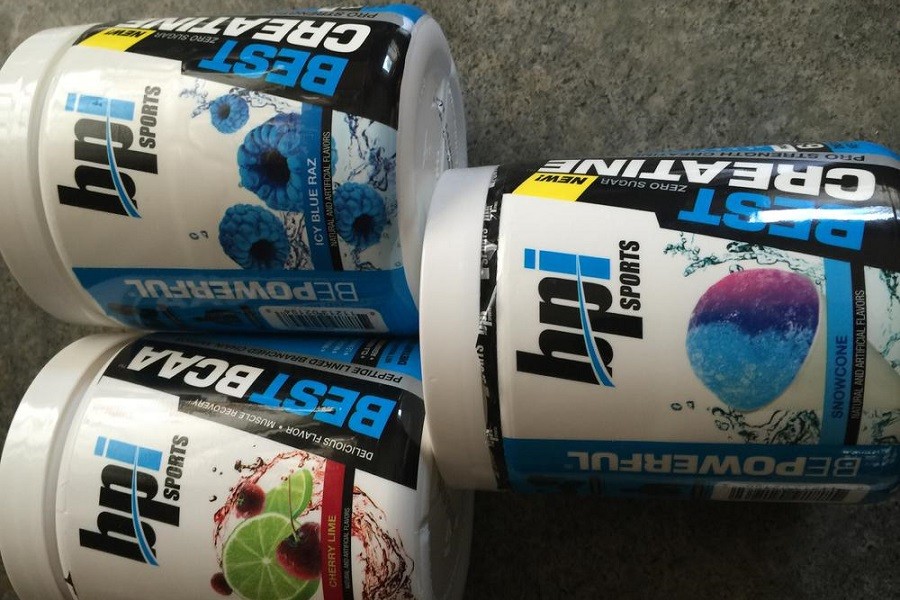 Many creatine supplements make the commitment to one type of creatine in their product, but not BPI Sports’ Best Creatine. You get a whopping six different types of creatine in one serving. Sound a little pragmatic? It is, but it may work for you depending on your body type.

The Bad: Added sodium, underdosed, proprietary blend, multi-creatine types may not be effective for some.

The great taste and numerous flavors makes it easier to go down, but taste shouldn’t be what you are looking for with creatine. Still, it’s nice, albeit at the expense of adding unnecessary ingredients. BPI Sports Best Creatine is worth a shot if you want to try something new, or are curious to what using all these different creatine types can do for your body.

Creatine has been the most widely used supplement for some time now, and it’s not going anywhere. People have been using it for decades, and that’s certainly not changing anytime soon. In the meantime, numerous companies are trying to find new ways to repackage it, add things to it, make it taste better, whatever. Some of this is understandable, but you first have to be aware of how it works, and what you actually need to be looking for in the first place.

Creatine is in every sense a performance enhancer, while also aiding in recovery after a workout. It is produced naturally in your body, and can be found in meat, poultry, and seafood, but it’s impractical to try to eat enough of any of these to gain a useful amount.

The alternative is to use a supplement that can load your body up with an amount much higher than your body can produce. This leads to an increase in power and function during physical activity, and most effective during a workout.

You know how this goes. The more you can lift, and the longer you can workout, the bigger your muscle mass and overall performance increases. Creatine gives you the extra boost you need to throw on those extra weights and get those extra reps, while also backing you up later during recovery time.

Pretty remarkable, huh? Yep — and that’s why everyone uses it. Add to it the fact that it’s nearly impossible to overuse, it stacks well with other supplements, and most anyone can use it, and you have the most versatile and beloved supplement around.

Most creatine supplements these days opt for using creatine monohydrate, a very pure form that is often micronized for easier mixing. Most experts tend to agree with it being the most effective, but others exist as well. BPI Sports saw it fit to include the whole damn family of creatine forms in their confidently-named “Best Creatine,” but is that a good idea?

It may be, and it may not be. The unfortunate thing with Best Creatine is that you don’t really know how much of each that you’re getting, you just know the total amount overall. Let’s go over each type included.

Best Creatine gets rave reviews for being one of the tastiest creatine products you’ll come across. If you’re someone that hates the taste of supplements without added flavors, there’s a pretty good chance you’ll love this one. Makes the daily use a bit easier for sure, and you don’t have to mix it with juice.

We also have to had it to BPI Sports for figuring out a way to include a ton of creatine types with each serving. That’s a fairly bold move, and while the 4g dosage in the blend may not be at the 5g level of others, the sheer number of types may be more effective for some. The only real way to know is to try it yourself.

There is a reason many opt for supplements without fillers, unnecessary ingredients, or flavors. One, it can upset your stomach, and two, it wastes space. Himalayan salt? As if people really need more sodium in their lives — but 50mg isn’t really enough to offer any kind of benefit at all. Fairly pointless in the grand scheme of things.

Also, the dreaded proprietary blend is in full effect with Best Creatine. In addition to cramming in a buch of creatines, you don’t know how much of which one you’re getting, you just know it’s there in some capacity. That’s not helpful.

Best Creatine may very well work for you, but there are some negative aspects that may make some apprehensive, and rightfully so. The proprietary blend aspect is a bit off-putting, and purists who don’t want added flavors won’t appreciate having them. It’s still worth a try if you’re looking for something different.