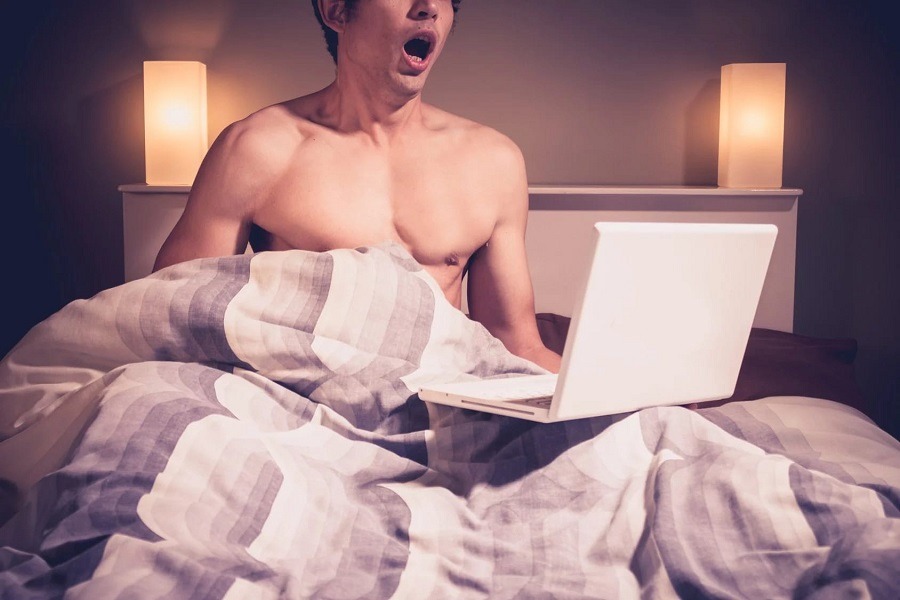 And even if you’re just interested  in the topic, it’s hardly a polite topic at the dinner table or at parties. You shouldn’t even bring it up at work. If a female coworker overhears your discussion, it may be regarded as some sort of sexual harassment.

So here are some facts:

One of the most common myths is that if you ejaculate, you’ll deplete your body of testosterone. Well, that makes sense for some people, although it’s hard not to suspect that some of these people seem to think that semen and testosterone are one and the same. Folks, they’re not one and the same, ok?

In any case, most guys feel mellow and weak right after ejaculating. They just want to lie there in bed, and perhaps catch a nap. It’s that kind of feeling that really infuriates coaches, who obviously would rather have you pumped up and aggressive when it’s game time.

For rough sports like football, aggression and toughness is an integral part of the arsenal. In a sport like boxing, aggression is even more crucial—the point of the game is to beat the other guy into unconsciousness, after all.

Sex may even be better for your athletic performance. ESPN tested this idea on boxers that sex can make you weaker, and it turned out to be a myth. Not only did their T levels increase after sex, but they actually became stronger after sex

Now take note that we used the word “may” and not the more definitive “will”. It may, so it’s not certain that it will, ok? But jacking off may boost T levels, since one study did indicate this. Now that’s just a single study, so it’s hardly a pattern and there’s no real conclusive evidence that this is really true.

4. A Short Abstinence Period May Help

Some coaches refer to several studies that do show that short abstinence periods are beneficial for your T levels. One study indicated that a 3-week abstinence period resulted in higher T levels for guys. The main problem with this is that the study only involved 10 men, so it’s hardly representative. If you conduct a 10-person survey about US presidential elections, the results are virtually useless.

Another study revealed that on the 7th day of abstinence, the testosterone boost is incredible. It actually reached 145.7% of normal T levels.

5. Longer Periods of Abstinence May Not be Good For You

However, it may not be all that good if you abstain for too long from sex. Remember how Josh Hartnett’s character became insanely twitchy when he abstained for 40 Days and 40 Nights (that’s the movie title, by the way). But Mike Tyson is a real person— and get this: he abstained from sex for 5 years at the start of his career! Can you imagine 5 years of no sex? (And if you don’t have to imagine, I feel for you, man.)

We’re not saying that this early 5-year abstinence period led to that Holyfield ear-biting debacle. We’re just pointing out that one study did show that long-term abstinence of 3 months is associated with low T. Fortunately, this is reversible and T levels normalize once you resume regular sex activities. So in Tyson’s case, the 5-years of celibacy wasn’t the cause of his high-pitched voice.

But the scientists in this case were referring to the effect of sex on testosterone levels. Various studies have indicated this. One study revealed that older guys who get more sex tend to also have higher T levels.

Now maybe we’re actually reversing cause and effect, and it’s not that if you get more sex, then you get higher T levels. Maybe it’s because guys with higher T levels get more sex. After all, they’re probably more confident since they don’t suffer from low T level symptoms like man-boobs and erectile dysfunction.

But a study involving couples indicates the same results. When the couples have sex their T levels increase, but this doesn’t happen on the nights when they don’t have sex. The same is true for guys in strip clubs. The men who only watched had an 11% increase in T levels, but the guys who actually did the deed averaged an astounding 72% testosterone increase.

It can even affect you physically. It can cause skin irritation if you do it too frequently. And if you’re too rough, it can even lead to what’s horrifyingly referred to as a “penile fracture”. Now those are two words that really shouldn’t go together!

8. Maybe Coaches Tell You to Abstain so You Can Get Enough Sleep.

Perhaps the real reason why coaches are right about abstaining from sex is because long sex marathons can lead to late nights and short sleeping hours. And it’s when you sleep at night that you produce most of your testosterone.

The number of hours you sleep affects your T levels, according to one study. And the quality of your sleep matters too. When you sleep normally, you can get a testosterone boost of 20 to 30 percent. Sleep in fragments, and you get nada, zilch, ZERO, nighttime T level boosts.

Sleep is crucial, because without proper sleep you don’t perform your activities as well the next day. You’re fatigued and cranky, and you may need a nap to recuperate. Sleep is important if you want to maintain your weight and remain healthy overall.

As you can probably see, at this point the studies generally indicate that ejaculation is not bad for your T levels. That’s the main point, and it belies the belief that abstinence can improve your T levels. Still, there’s so much to learn and very few large-scale studies are being done.

So right now, the jury’s still out regarding the real value of abstinence to sport performance. But you can rest assured that at least your busy sex life (whether with a partner or solo) isn’t reducing your testosterone levels at all. Just do it while you keep a healthy lifestyle, and everything’s ok.

Does Low Testosterone Make You FAT? – what Men and Women should know