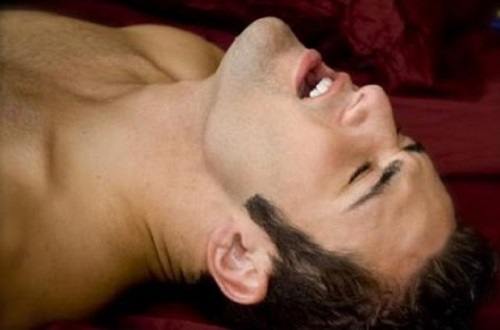 16 Science Backed Reasons To Have Sex Every Day

16 Science Backed Reasons To Have Sex Every Day

Do you struggle to fall asleep at night? Suffering from stress? You might be suffering from these conditions because of too little time between the sheets. The smart guys in white coats have found at least 16 science-backed ways that regular sex will improve your health. Follow their advice, and you and your partner will be happier and healthier.

1. Sex Can Assist in Keeping Away Colds And Flu

Research has shown that university students who fool around three to four times a week have a much higher level of immunoglobulin A” when compared to their more promiscuous classmates. This antibody performs a crucial role in your immune system and helps to fight off colds and infections. Next time you feel a cold coming on, jump into the sack.

According to Scotsman David Weeks, having sex three times a week will make you look younger. Just in case your date doesn’t believe you, Weeks is a clinical neuropsychologist and a Royal Edinburgh Hospital researcher.

That is some serious credentials, and if you can remember all of that, you deserve to get laid. Weeks published a book titled “Secrets of the Superyoung”, and in the book said, “It’s good for you to have good sex, what more incentive do you need?”.

Studies conducted on sexually active adult rats found increased levels of neurons. These neurons are found in the area of the brains responsible for storing memories. In another study, researchers from the University Of Amsterdam discovered that regular sexual activity may have a positive effect on your brain’s analytical abilities.

4. Sex Can Help You Sleep Better

Similar to exercising, sex increases heart rate resulting in relaxation. Renowned West Hollywood psychiatrist Sheenie Ambardar MD states that once a person has reached orgasm, prolactin is released. This hormone is linked to feelings of relaxation or sleepiness after intercourse.

It is said that regular exercise can have a positive effect on your sex life. The reverse is just as true as regular sex has the ability to improve your overall physical fitness. The average session between the sheets lasts about 25 minutes. In this time, men burn roughly 100 calories and woman 69 calories. Sex is considered to be more strenuous than a brisk walk, but slightly less than jogging.

6. Sex Can Reduce The Risks Associated With Cancer

Sex on a regular basis can decrease the likelihood of cancer developing, especially in men. A study published in the Journal for the American Medical Association argued that men ejaculating 21 times or more in a month, will be less susceptible to developing prostate cancer.

Sex produces a number of hormones that are associated with relieving pain. Some of these hormones include phenylethylamine, endorphins, and serotonin. These hormones produce feelings associated with pleasure, elation, and euphoria. These feelings can often assist you with forgetting about back twinges or sore muscles.

Over and above helping to develop your core, back and quad muscles, sex also assists in working out the pelvic muscles. According to the NHS (National Health Service), stronger pelvic muscles will help in achieving better orgasms.

9. Sex Can Decrease The Risks Related to Heart Diseases

This is incredibly good news when it comes to men. Science backed studies suggest that regular sexual activity reduces the risks related to coronary heart diseases and strokes. According to this study, men that only have sex once a month (or not at all) were around 45% more susceptible to these diseases compared to the men who engaged in sex more frequently.

Evidence from these studies suggests that men with better overall health had far higher libidos resulting in healthier cardiovascular systems.

High blood pressure puts strain on blood vessels that can lead to hardened, narrowed or damaged arteries. Similar to cardiovascular system problems, it can cause erectile dysfunction, a decrease in arousal and reduce the ability to achieve orgasms for women.

Testosterone is important for both men and women and can be the solution to these issues. Certain studies indicate that there is a link when it comes to high blood pressure and low testosterone. In fact, spikes in testosterone because of sexual activity can decrease blood pressure.

11. Sex Can Enhance Your Sense of Smell

Interestingly enough according to certain studies sex can make your nose perform better. Prolactin is released during and after sex, and this hormone creates new neurons in your olfactory-bulb. This is the portion of the brain that controls how we react as well as understand smells.

Many of us believe that workouts involve hard work, except when it comes to sex. Through the act of sex, the body is experiencing continual physiological changes that are very similar to exercise routines. This includes an increase in your breathing rate, which helps to burn calories. Having sex 3 times a week can burn up to 7,500 calories in a year. This is equivalent to running about 75 miles.

An Australian Fertility Center discovered that men who ejaculate every day for a 7 day period showed a marked improvement in sperm quality. In addition, the rate of sperm DNA fragmentation decreased from 34% to 26%. This means the sperm was healthier and much more likely to fertilize eggs. It was suggested that frequent ejaculation caused sperm to spend less time in the testicular ducts, which makes the sperm less susceptible to damage.

If you are stressed out, overwhelmed or frustrated, sex can be a great way to relax . During the act of sex, your body produces oxytocin, endorphins and dopamine that work together to enhance desire, increase your happiness levels as well as significantly reduce stress levels.

15. Sex Decreases The Risks While Pregnant

It is advisable for women who are pregnant to still engage in frequent sexual activities. Semen exposure and sex decrease the risks related to pregnancy complications. One such complication, pre-eclampsia, is associated with seizures, nausea, headaches and swollen extremities. This is due to the protein in semen known as HLG-A. This protein regulates the immune system in a woman, lowering the chances of pregnancy complications.

16. Sex Can Lengthen Your Life

The above benefits of regular sex can result in adding years to your life span. One study that was published in the British Medical Journal stated that male participants having sex on a regular basis in most cases lived 50% longer than their less active counterparts.

These 16 scientifically backed reasons should really motivate you to start having sex as often as you can.